Profile of Terror by Alexa Grace‏ 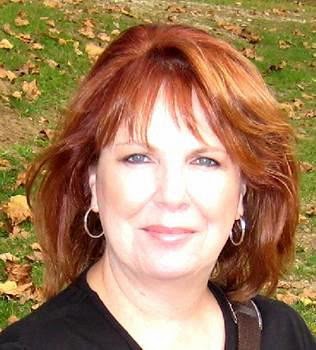 USA Today Bestselling Author, Alexa Grace began her writing journey in March 2011 when the Sr. Director of Training & Development position she'd held for thirteen years was eliminated. A door closed but another one opened. She finally had the time to pursue her childhood dream of writing books. Her focus is now on writing riveting romantic suspense novels.

Alexa Grace is consistently listed in top twenty of Amazon's Top 100 Most Popular Authors in the categories Romantic Suspense and Police Procedural. In 2013, she was named one of the top 100 Indie authors by Kindle Review. A chapter is devoted to her in the book Interviews with Indie Authors by C. Ridgway and T. Ridgway.

Her writing support team includes five Miniature Schnauzers, three of which are rescues. As a writer, she is fueled by Starbucks lattes, chocolate and emails from readers. 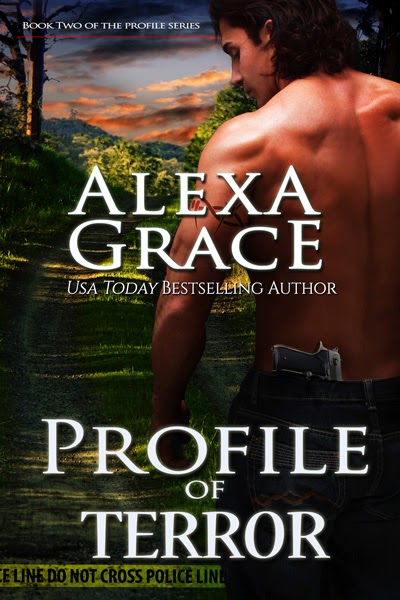 Two clever thrill killers are committing the most brutal, public, and horrifying abductions and murders in the county’s history. The killers, known as the Gamers, have done this before, and are now upping their evil game to a new level. The question is — can they be stopped before they kill again?

When an ex-girlfriend goes missing, Private Investigator Gabe Chase is obsessed with finding her. But once her naked and posed body is discovered, the investigator becomes the investigated. His passion for the victim’s beautiful sister is a complication he doesn't need, as he helps solve the county’s most baffling, terrifying murder cases ever.

Add a sociopathic serial killer who calls himself the Master.

A serial killer so deadly, the FBI’s behavioral analysts want to know when and why he began killing, as well as the identification and location of additional victims. He will speak only to former federal agent, Carly Stone, a woman he blames for his capture. When the profiler finds herself at the mercy of this ruthless killer, his becomes the most terrifying profile of all.

Three chilling villains, two passionate love stories, and pulse-racing suspense with startling plot twists keep readers on the edge of their seats from page one of this heart-pounding and unforgettable romantic suspense.


Available at Amazon US

Q) What inspired you to write this story?
I wanted to tell the story of the terror a community would experience if two teenaged thrill killers and an escape serial killer were abducting innocent victims and killing them at will. In addition, there were two tender romance stories that needed to be told.

Q) How long did it take you to write?
I started PROFILE OF TERROR (Book Two of the Profile Series) in the summer of 2013, right after I released PROFILE OF EVIL (Book One). But life got in the way and I was diagnosed with thymic cancer in August of that year. Fast forward after surgery, chemo, and radiation and I was able to complete and release the book in May 2014.

Q) What is your favorite thing about writing?
I love when plot and characterization comes easily and creates a flow. This doesn't always happen, but when it does, it feels amazing.

Q) If you could be any famous person for one day, who would you be and why?
Singer Tina Turner! I've always been a huge fan. How cool would it be to sing and dance like she does?!

Q) What is the oldest thing in your fridge and how old is it?
You're outing me and I hope my daughter doesn't read this. LOL. I just found a storage container of pasta with sauce that had furry, green mold growing on top. Ick! I'm notorious for forgetting what is in the fridge.

Q) What can readers expect from you in the future?
I am in the research phase of my next book PROFILE OF FEAR (Book #3 of the Profile Series), which will be released in 2015. The book involves human trafficking so I am reading a lot of information on how traffickers operate. The information is interesting but terrifying at the same time.