First and Again by Jana Richards‏ 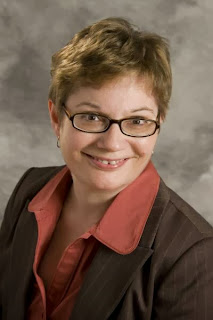 When Jana Richards read her first romance novel, she immediately knew two things: she had to commit the stories running through her head to paper, and they had to end with a happily ever after. She also knew she’d found what she was meant to do. Since then she’s never met a romance genre she didn’t like. She writes contemporary romance, romantic suspense, and historical romance set in World War Two, in lengths ranging from short story to full length novel. Just for fun, she throws in generous helpings of humor, and the occasional dash of the paranormal. Her paranormal romantic suspense “Seeing Things” was a 2008 EPPIE finalist.

In her life away from writing, Jana is an accountant/admin assistant, a mother to two grown daughters, and a wife to her husband Warren. She enjoys golf, yoga, movies, concerts, travel and reading, not necessarily in that order. She and her husband live in Winnipeg with their Pug/Terrier cross Lou and several unnamed goldfish. She loves to hear from readers and can be reached through her website at www.janarichards.com 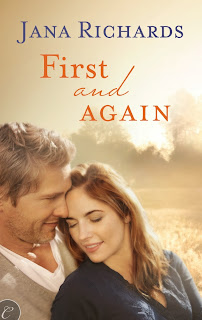 Bridget Grant is back in Paradise. Paradise, North Dakota, that is.

She's swallowed her pride and moved back to her hometown with her daughter after her divorce and the loss of her catering company. Now she's trying to navigate the strained relationships she'd left behind—including her first love, Jack Davison.

Jack never forgot Bridget, or the day she left town—and him. When Bridget caters a lunch at Jack's tourist ranch, old flames reignite. They have more in common than ever—Jack's also a single parent. Though they both try to keep things casual, Bridget, Jack and their girls are starting to look a lot like a family.

But Bridget's only planning to stay in Paradise until she's saved enough to relaunch her business. Jack's invested too much in his ranch to leave. And with their daughters involved, both have a lot more at stake than heartbreak. How can they risk falling in love?

Q) What inspired you to write this story?
I come from a small town so I have an idea how they work. I understand what the people who live there, and leave there, are like. Small towns are a lot more interesting then they appear at first glance.

Q) How long did it take you to write?
The short answer is way too long! I started writing this book around 2007. It went through several critiques and many revisions. But what took so long with this book is that it got pushed to the back burner while I worked on other projects. Finally, in January of 2012, finishing FIRST AND AGAIN and submitting it somewhere became one of my New Year’s goals. Fortunately, it was one goal I was able to accomplish. Still working on that losing weight thing.

Q) What is your favorite thing about writing?
There are several things I enjoy about writing. I love creating characters with real problems and fears, along with real strengths. I especially love when my character finds a strength they didn’t know they possessed. I’m really starting to enjoy the research involved with writing. At one time I found it daunting, but I’m starting to appreciate all the things I’ve learned. I like that my occupation is portable and I can do it from just about anywhere. And I also like that I can write in pajamas if I want to, but only when I’m writing at home, of course!

Q) What is your least favorite thing about writing?
I guess it would be the business end of writing. I’ve been rejected by publishers and once by an agent and that wasn’t fun. Keeping track of expenses and revenue for the tax man isn’t my idea of a good time. And blowing my own horn as I try to market my books isn’t a forte for me either. But the business side of writing is as necessary as the creative side. It needs to be done, sort of the same way that I need to brush and floss my teeth! Both are good for me!


Q) If you could be any famous person for one day, who would you be and why?
If I could be a famous person for a day, I think I’d like to be Nora Roberts. I’d love to figure out where she comes up with all her ideas and how she manages to be so prolific! And she always looks so good. Where does she shop for her clothes?

Q) What is the oldest thing in your fridge and how old is it?
(Goes to check fridge). Okay. There’s an ancient bottle of Tabasco sauce in there that possibly came over on the arc. But hey, there’s still some left so I’m not throwing it out!

Q) What can readers expect from you in the future?
On January 17, 2014, the third book in my Left at the Altar series will be released from Uncial Press. It’s called ALWAYS A BRIDESMAID and it tells Dani and Zach’s story. Can a girl who’s always considered herself an ugly duckling finally see herself as a beautiful swan?

I liked my little town of Paradise, North Dakota in FIRST AND AGAIN so much that I want to write more stories set there. I’m putting together a proposal for my editor for two more Paradise stories, so please keep your fingers crossed that she likes it. Aside from that, I’m working on a new series involving angels, time travel and second chances at love. So I see my future as being very busy and very creative!