The Moonlight Serenade By Kate Hinderer‏ 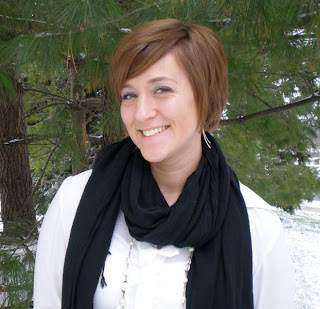 Writing has been in my soul from the very beginning. In grade school I started my own local paper for the street I lived on. In middle school I wrote for the school paper and loved any English writing assignment. I started writing novels in high school. At the time my friends were the characters, the setting was almost always Regency England, and I scratched the story into lined notebooks.

Now, I have a journalism degree and a dozen various business writing gigs under my belt. I’ve lived in a handful of US cities including Milwaukee, Chicago, Boston, St. Louis and New York. I pen a personal fashion and lifestyle blog, ModlyChic.com, and continue to write about commercial real estate.

My first book, Aurora Undefined, was published in 2011. The Emerald Isle, the first Fascination Island book, came out during the summer of 2012, at which time I immediately began writing the second book in the series.

Next up . . . stay tuned! I’m working on a new contemporary novel as well as the third book in the Fascination Island series. 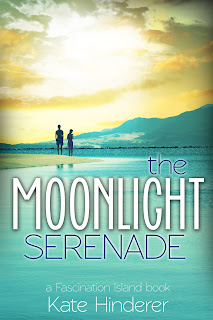 Determined to someday sing on the stage in New York City, Collette takes an internship at the luxury resort on Fascination Island.

While she plans to hone her craft by singing nightly on the stage of the Moonlight Serenade restaurant, she never expected to be pushed outside her comfort zone.

Shy and reserved, she is challenged to step outside herself and release the inner diva. When Falcon comes along, sparks fly and secrets are revealed.

Before long Collette is forced to make life-changing decisions that will impact her future in ways she never even imagined.

Q) What inspired you to write this story?
This is the second book in the Fascination Island series. When I was nearly done with the first book, The Emerald Isle, I felt the need to write another book that would look closer at Falcon. He was a personal favorite secondary character and apparently a reader favorite as well. From there the story of Collette and Falcon blossomed quickly in my head. I couldn’t let their story go unheard.

Q) How long did it take you to write?
I started the book in August 2012 and finished writing the first draft in March 2013. In between that I moved halfway across the country and started a new job. I hoped to write and publish the story faster, but this is what I managed with the time allotted.

Q) What is your favorite thing about writing?
I love crafting a story. I spend weeks thinking up scenes, mentally examining characters, watching people in real life and analyzing their words and actions. Through all of this characters are formed in my head – the fun and exciting part is getting that on paper.

Q) What is your least favorite thing about writing?
All the edits. As an indie author it’s hard, really impossible, to put out a error proof ebook. I go through the whole manuscript several times with a fine toothed comb and then I have an editor do the same. And still there are things that get by multiple eyes.

Q) If you could be any famous person for one day, who would you be and why?
Um… Is it weird that I have never once thought of this? I guess if I had to pick one I would go for Suzanne Collins when Hunger Games was being turned into a movie. That must be such an amazing moment for any author who watches her book turn into a best-seller and then a blockbuster hit.

Q) What is the oldest thing in your fridge and how old is it?
A bottle of blueberry flavored honey. A friend gave it to me saying it was amazing on pancakes. I beg to differ!

Q) What can readers expect from you in the future?
I’ll likely write a third Fascination Island series book. But I’ve started to work on a new contemporary fiction YA book that I am really really excited about. The whole story line and main character dropped into my head fully formed a couple months ago. I’m excited to get it on paper.
Posted by Pembroke Sinclair
Email ThisBlogThis!Share to TwitterShare to FacebookShare to Pinterest
Labels: bewitching book tours, blog tour, kate hinderer, the moonlight serenade
Newer Post Older Post Home