Who Is Candid and Twelve Nights by Carole Remy 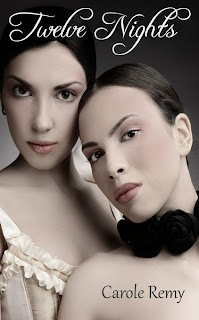 Stir in a brilliant autistic younger brother, a nerdish doesn't-know-he's-ex-boyfriend, a well-meaning but alcoholic father, and a prostitute with the proverbial heart of gold. Then bring to a boil over a sizzling Twelve Nights!

This rollicking, bawdy coast to coast serving of sex and mayhem will make you laugh out loud even as you moan with delight. Author Carole Remy tickles, fascinates, and arouses in another inventive tale for those who love a hot story filled with unforgettable characters and lots of Sexy Fun!

Thanks for inviting me, Pembroke. I’ve enjoy reading other writers’ interviews, and am thrilled to be included in such good company.


What inspired you to write this story?
Twelve Nights is my third published erotic romance novel. The first two are strongly character based, and I felt confident about creating believable people. I wanted to challenge myself to create a more intricate, multi-layered plot. About the same time, I came across the movie Ten Things I Hate About You (a modern retelling of Taming of the Shrew with the amazing Heath Ledger). I thought, why not embrace plotting with the master himself, Shakespeare? Three intertwined love stories, multiple mistaken identities, bawdy comedy, lots of opportunities for sex—erotic romance to the max!

How long did it take you to write?
As a self-confessed binge writer, I sometimes go months without writing a novel. Then one comes into my consciousness and bam! Twelve Nights took about a month for the first draft. Then I spent several months editing, in between other projects. I like to let the manuscript percolate in peace for awhile, so I can come at it with fresh eyes.

What is your favorite thing about writing?
I love world-building. Even if a novel is set in contemporary times, the writer builds a unique universe that the characters inhabit. I engage in the world and the characters so much, they feel closer than the ‘real’ people around me physically! This may explain why I’m a binge writer. You can’t opt out of everyday life for too long, and that’s what happens when I’m writing a novel.

What is your least favorite thing about writing?
The whole business side can be fun, like meeting and talking to readers. But overall, it’s the aspect of writing that I like the least. I wish sometimes that we could just mainline the words to the readers. The Internet helps a lot with that!

If you could be any person for one day, who would you be and why?
Hmmm... you’ve got me thinking. Okay, I’ll pick the Dalai Lama. Maybe if I could be inside his skin for one day, I’d absorb his capacity to accomplish enormous practical achievements and at the same time stay spiritually centered. Plus his sense of humor would be amazing to inhabit. A whole day laughing would be awesome!

What is the oldest thing in your fridge and how old is it?
Had to go look. There’s a bottle of Bufalo Salsa Clasica that’s been around awhile. I love the taste, but not all the time. It has to be there for occasional cravings, but doesn’t get used up quickly.

Thanks for inviting me to visit your blog, Pembroke! And thank you to the readers for sharing a few minutes of your day with me. Hugs to all!
Posted by Pembroke Sinclair
Email ThisBlogThis!Share to TwitterShare to FacebookShare to Pinterest
Labels: 12 nights, bewitching book tours, blog tour, carole remy
Newer Post Older Post Home