Please welcome Marva Dasef to my blog. Below you will find all the information for her fabulous book, "Bad Spelling." Take it away, Marva! 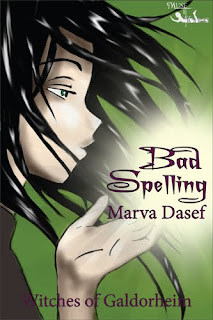 BAD SPELLING – Book 1 of the Witches of Galdorheim
A klutzy witch, a shaman's curse, a quest to save her family. Can Kat find her magic in time?


Marva Dasef is a writer living in the Pacific Northwest with her husband and a fat white cat. Retired from thirty-five years in the software industry, she has now turned her energies to writing fiction and finds it a much more satisfying occupation. Marva has published more than forty stories in a number of on-line and print magazines, with several included in Best of anthologies. She has several already published books of fantasy, science fiction, and mystery. A few more are scheduled for 2011 and 2012 from her super duper publisher, MuseItUp.

Book Description:
If you’re a witch living on a remote arctic island, and the entire island runs on magic, lacking magical skills is not just an inconvenience, it can be a matter of life and death–or, at least, a darn good reason to run away from home.

Katrina’s spells don’t just fizzle; they backfire with spectacular results, oftentimes involving green goo. A failure as a witch, Kat decides to run away and find her dead father’s non-magical family. But before she can, she stumbles onto why her magic is out of whack: a curse from a Siberian shaman.

The young witch, accompanied by her warlock brother, must travel to the Hall of the Mountain King and the farthest reaches of Siberia to regain her magic, dodging attacks by the shaman along the way. At the Troll Kingdom, a young troll, Andy, joins the siblings in their quest to find the shaman and kill the curse. 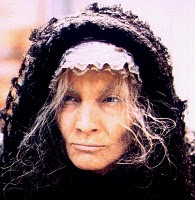 In Bad Spelling, Kat wants to leave Galdorheim Island to find her father's Siberian family. With no magic of her own, she needs help...lots of help. Yes, her best bud/bro Rune is always up for adventure, but she has to find a powerful witch to help her out.

She figures it can't hurt to ask Mordita. What's the worst that can happen? Well, maybe electrocution from a nasty door knocker or something crawling up her back.
Still, Kat is not deterred. She goes to the creepy, slimy, unlit shack where the Sorceress (the old lady prefers that over Witch) Mordita resides.

Mordita knows all about Kat's slight, ahem, magic deficit disorder (MDD) and is happy to pull a fast one on Thordis. The two don't get along much.

While Mordita has tons of magic, she prefers to maintain her old hag appearance just to keep the Galdorheim witches from stopping by to visit. Mordita is alone, and she likes to keep it that way. She's not quite alone if you want to count a fat orange tiger cat named Kudzu. 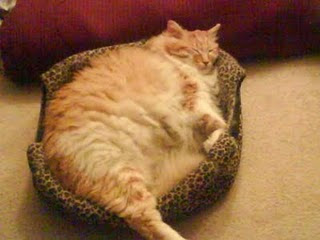 Mordita is a mystery. Why did she come to Galdorheim if she doesn't want to consort with the witches and warlocks? Maybe that mystery will be solved, but not in Bad Spelling. You'll have to wait for the second book in the series, Midnight Oil.

Excerpt:
Mordita leaned back from the scrying crystal with a groan. She had been hunched over it for hours, and her old joints and muscles were protesting. In all the time spent staring into the crystal, she caught only brief glimpses of Kat and Rune, but she’d seen enough to follow their progress.

Good. Thordis said she’d come to take up the watch at five-thirty. Mordita stretched once more to take the kinks out of her strained back. When scrying, she lost all awareness of her body and the world around her. She should have set a timer to take breaks and stretch.

Thordis strode into the older witch’s front room, demanding in her usual bombastic style, “Well, what are they up to?”

“Good Even, Thordis. How nice of you to drop by.”

“Sorry, Mordita. Good Even to you, as well.”

Mordita nodded in the direction of the scrying crystal. “The trolls gave them quite a ride through the Mountain King’s caverns. They came out on the east side of the Urals.”

“Hmm. What are they doing?”

“A werewolf pack carried them by sled north toward a Sami village.” Mordita picked up her teacup and tasted. She made a face. “Cold.” She stuck her finger into the cup and stirred. Steam rose from the cup. “They ran into a small problem with some quickmud, but the werewolves pulled them out.” Mordita gestured to the scrying crystal. “Take a look for yourself.”

Thordis sat at the table and examined the crystal. “Hmm, nice. Hardly any flaws.” She settled in the chair, glancing at Mordita. “I’m going to concentrate on Katrina.” She stared into the crystal, and her eyes rolled up in their sockets until only the whites showed.

An hour later, Thordis looked away from the crystal, rubbed her eyes, and accepted the hot cup of tea Mordita offered.
Posted by Pembroke Sinclair
Email ThisBlogThis!Share to TwitterShare to FacebookShare to Pinterest
Newer Post Older Post Home