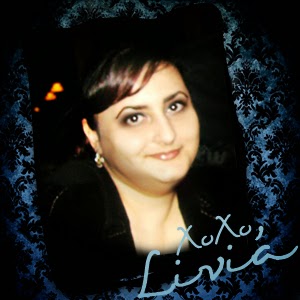 Livia lives in Europe where she listens to obscene amounts of music and devours every reading material in sight. When she’s not doing either of the two, she fiddles with anything remotely customizable within reach. 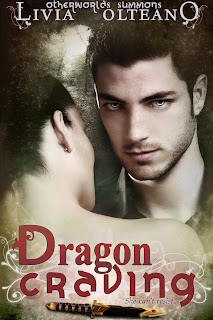 The world holds few secrets for Oracle Elana Anderson, or as her fans know her, Ela Deville. Successful author of paranormal romance, Ela, has a secret: not all her paranormal characters are quite that fictional. She hardly expected she'd trigger a chain of events that might bring about the end of the world via a pesky dragon. Rendered blind to visions of him, Ela’s only way to save her world is to keep the dragon close…very close.

Obitus, the only awake dragon in the Otherworlds, is determined to get back the magic that was stolen from him and secure his position for a good thousand years. Becoming Akai’s new guardian after getting rid of the current one is the best way to it. But that means getting Ela on his side. He’ll bargain and maneuver his way there if he has to, but ends up tormented by the desire to have her for real.

In a game of deals, half-truths and irresistible cravings, does one heart have to break in order for the other to save the world?

Guardians of the Otherworlds

In the Otherworlds Summons series, the seven different otherworlds each have a guardian who holds the magic key of that world within their heart.

Becoming a guardian means that creature will live a thousand years and hold the magic key of that world in their heart, giving it life and holding it alive. Once the thousand years are over, the ex-guardian will return to their mortal life and will be a normal creature. They aren't assigned any special powers to go with that honor, and aside lording over the borders between worlds and getting to decide if creatures from another Otherworld can cross the borders into their own world, they're not all that important on the scale of kickass.

When I built the world of the Otherworlds, conventional religion or belief systems weren't a factor I considered or used. Even if I do use angels/archangels and demons/devils in one world, Mira, they have no religious spin. They're fighters, ruthless ones in fact, and there's nothing more spiritual about them than any other creature of the Otherworlds. Each world has its own spiritual realm that contains their own brand of spirit entities - they can be invoked and used in the physical realm, so they're not merely apparitions.

The guardians aren't close to gods at all, more like jailers perhaps if you'd think of one world as a jailhouse. The guardian holds the keys to all the doors and it's by having keys that the jailhouse keeps on existing; the guardian opens doors, but they're not the ones to send you in, decide to let you out, or govern your life while you're there. They can't do magic tricks and have no superhuman power because they hold those keys. They're simply holding those keys safe - in our case, magic keys that merge with the heart of the guardian.

The one special thing guardians get is access to a Garden, a place built on belief magic that can never be undone or corrupted from its original form. In this Garden, that floats adrift in the seventh world, Panu - the world of emptiness, are most of the sleeping guardians. Because all except one (by the end of Dragon Craving) are asleep, trying to conserve the title of guardian forever. In a sense, the jailers are asleep so some creatures can run wild with those doors not being well cared for. Though guardians had decided initially to keep their worlds fully separated, the more time passes the more bridges are opened to bring all Otherworlds together.

Even so, their tasks would never change: to hold in their hearts the magic keys of each world, so that the magic of that world may never die. Because all worlds are built on magic, and without it what else is there?